First off apologies for not posting in the last week, I’ve been half-off work running around Derby and Nottingham seeing friends and finishing some freelance pieces.

To the meat of the topic: Space Salvager multiplayer.  I posted something ages ago putting LAN multiplayer in for 1.4 and that never happened, not for that patch anyway.  LAN multiplayer is still on the table, in fact it’s the sole major feature for the next patch coming very soon.  There are a couple of reasons I feel I should explain for why it never happened.

I’m a fairly experienced games developer and programmer, but I have some soft spots and one of them is networks.  I was over ambitious thinking I could get networking to work in a week, this has taken me far longer as I’ve had to learn the everything before implementing it, it’s not just something I can learn as I go.  One of the other issues is that the game was never intended for network play, so I’ve had to go back through and change a lot of things in order to support network control and so on.  Again, this is partly because of my lack of experience in that area but also because I just hadn’t intended for it to happen at all.

Space Salvager is coming out on a few other places and they’re mostly waiting on 1.4.1 to be complete so everything is at the same level.  If you’ve already purchased it on ShinyLoot then don’t worry, it’s going on there as soon as it’s done and if there are any issues with that I’ll just release a patch online for everyone.  The other platforms include Windows 8, but for the others you’ll have to stay tuned this week and next for the announcements. 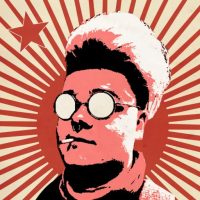